Integrating the Flow static type checker with a Javascript backend.

Javascript is dynamically typed, but tools like Flow allow you to add static type checking to improve the safety of your codebase.

No clue what “typing” is, or never heard of Flow? Read my primer on using Flow to static type check your Javascript.

While Flow is most commonly used to add types to client-side Javascript, it can also be easily used with Node.js! In this post, we’ll walk through integrating Flow with a Node.js backend and see firsthand how simple yet effective it can be.

We’ll use my open-source example-io-game codebase (from my building an .io web game series) for this post. It’s a multiplayer web game that uses Javascript for both the client and the server - try out the live demo if you’re curious.

First, download the code and open it up. Notice that we’re already using Babel 7 for our Webpack builds.

We’ll start by installing some dependencies we don’t have yet:

Next, let’s add a flow script to our package.json for convenience:

Finally, we initialize Flow by running

This creates an empty .flowconfig file for us. That’s it - now we can use Flow!

Running Flow doesn’t actually do anything right now because we haven’t activated it yet for any files - we’ll get to that later.

In a Javascript project with a Node.js backend, you’d normally only have a build step for your client-side code, e.g. using Webpack with Babel to transpile (possibly removing Flow typings) and bundle your JS. However, to use Flow with Node.js, we’ll need a build step for our backend, too, since we need to compile out those Flow typings as well.

Luckily, this is pretty simple to setup since we’re already using Babel. First, create a .babelrc (since we don’t already have one):

This just lets Babel know we want to use the Flow preset (i.e. we want to compile out Flow typings). Next, we’ll add a build script for our backend files:

Now, running npm run build:node will compile all of our files at src/ to lib/.

We’ll also add lib/ to our .gitignore as well as the [ignore] section of our .flowconfig, since it’s a build product:

Changing the directory where our runnable backend code lives means we also have to change two run scripts: develop and start. Here’s what they originally were:

Modifying the start script is easy: we just replace src/ with lib/. The develop script is a bit trickier, since we don’t want to have to manually rerun a build every time we change code during development. Luckily, Babel provides a tool we can use for this situation: babel-node, which “works exactly the same as the Node.js CLI, with the added benefit of compiling…before running.” Perfect!

Here are our new scripts:

Try running npm run develop to test the development setup. Then, try npm run build:node and npm start to test the production setup. Everything should work just as before!

We’re done with setup - it’s time to start activating Flow! As I alluded to earlier, Flow must be enabled on a file-by-file basis by simply adding // @flow to the top of any file.

An easy place to start would be the shared constants.js file:

Rerun npm run flow and Flow will check that file!

At this point, we can now incrementally enable Flow for the rest of our backend. I won’t go into all of it here, but you can see the finished product of a full Flow integration on Github, including both frontend and backend JS. 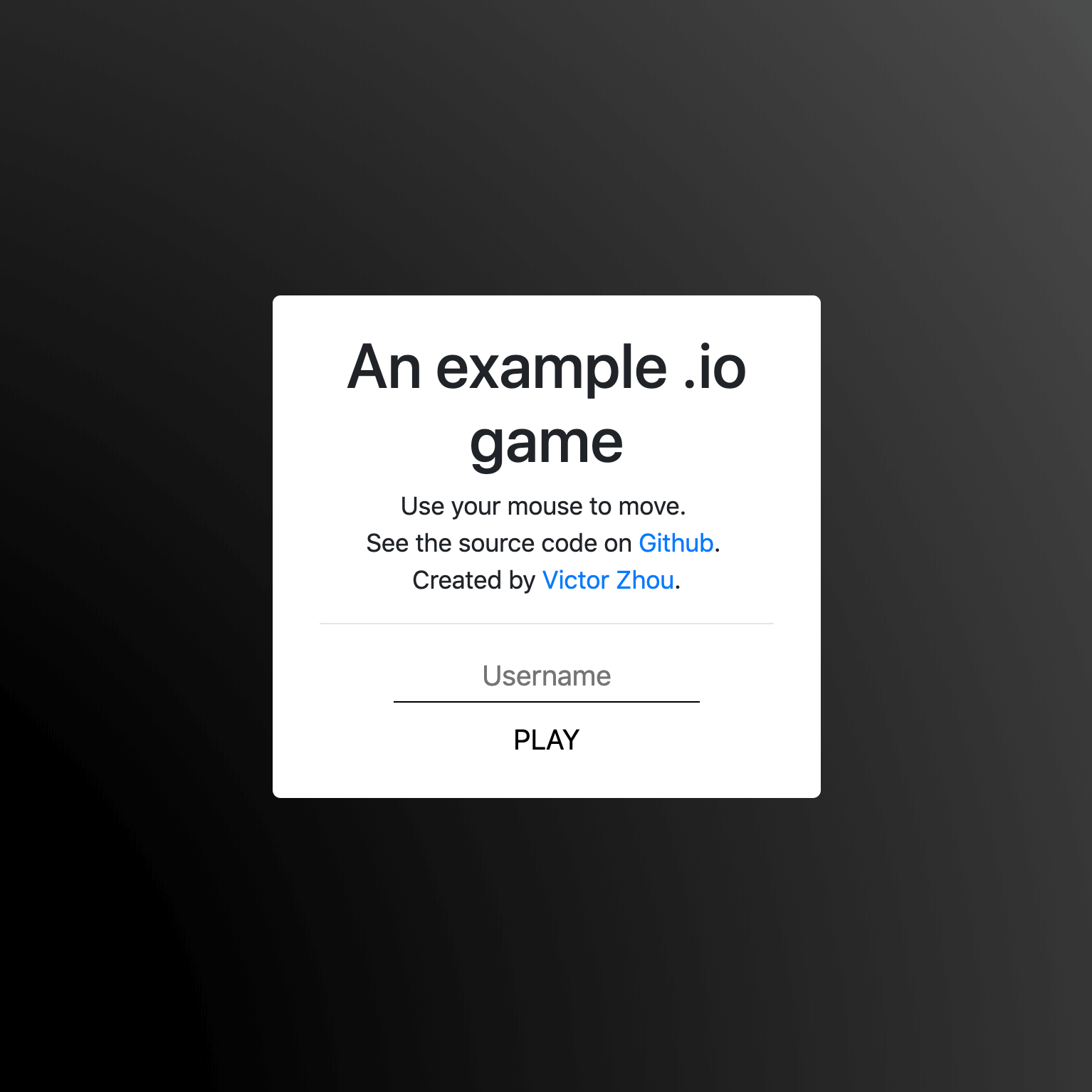 How to Build a Multiplayer (.io) Web Game, Part 2

A look into the backend server behind an .io game.

Should You Static Type Check Your Javascript?

The pros and cons of using a static type checker for Javascript.