Sendy is Insecure: How Not to Implement reCAPTCHA

Sendy's reCAPTCHA implementation doesn't do anything.

EDIT: We did it - Sendy has released a patch (v4.0.3.3) for this issue! I recommend upgrading if you’re affected. Thanks to Sendy for the quick response to this blog post, and thanks to every reader who helped make this happen.

Since then, I’ve been generally satisfied with Sendy. Until one day, this happened:

This incident finally spurred me to invest in protecting my email newsletter (which I really should’ve done in the first place). Luckily for me, Sendy comes with reCAPTCHA v2 support built-in! I thought it’d be easy to setup, but for some reason I couldn’t get it to work with my custom subscribe form, so I reached out to Sendy for help:

Here’s what he responded with the next day:

This line stuck out to me:

There’s no way to implement Google’s reCAPTCHA in an API.

That can’t be right - the reCAPTCHA documentation has a dedicated section on Server Side Validation!

I did some further investigation into Sendy’s standard subscribe form in an attempt to understand what Ben meant. Here’s an abbreviated version of the HTML behind that form:

The first thing I noticed was the value of the form’s action attribute: https://sendy.victorzhou.com/subscribe. Interestingly enough, that’s the exact URL where the official Sendy API lives.

Those two facts refute this claim:

There’s no way to implement Google’s reCAPTCHA in an API.

Additionally, why would Ben tell me that reCAPTCHA would ”take effect for the standard subscribe forms that Sendy provides, not the subscribe API“?

Did you notice that highlighted line before? Why would the official Sendy form include a hardcoded subform field that’s not documented in the Sendy API?

I sent what I’d found to Ben immediately:

His response was not what I was hoping for:

Come on, Victor, is this really such a big deal?

Yes. Recall this quote from my most recent email to Ben:

What good is reCAPTCHA if anybody with a computer can write a script in 5 minutes to spam your email list with thousands of fake signups?

Okay, it’s a little exaggerated (you’d obviously need some programming / web dev experience), but I stand by that point. Let me prove it to you.

Here’s a Node.js script that spams a Sendy email list:

WARNING: DO NOT use this code to attack a real email list without permission. That's super illegal and can get you in serious trouble.

That’s 7 lines of code to send as many spam signups as you want. To test this, I set up a test list on my actual Sendy account, enabled reCAPTCHA for it using my real reCAPTCHA keys, and ran the script.

It works. If you’re currently using Sendy’s reCAPTCHA implementation, now you know: it’s not doing what you think.

Well, ideally Sendy would release a patch that fixes this issue. Then you’d just have to update your installation and you’d be good to go! If you’re an affected Sendy user, you can help by emailing hello@sendy.co to ask for a patch. Feel free to link this post as a reference - the more support we can get, the better.

In case Sendy doesn’t release a fix soon, here’s how you can modify your Sendy installation yourself to fix this:

You can probably just search the file for this line of code.

You can also contact me if you have issues protecting your Sendy subscribe form and I’ll do my best to help. 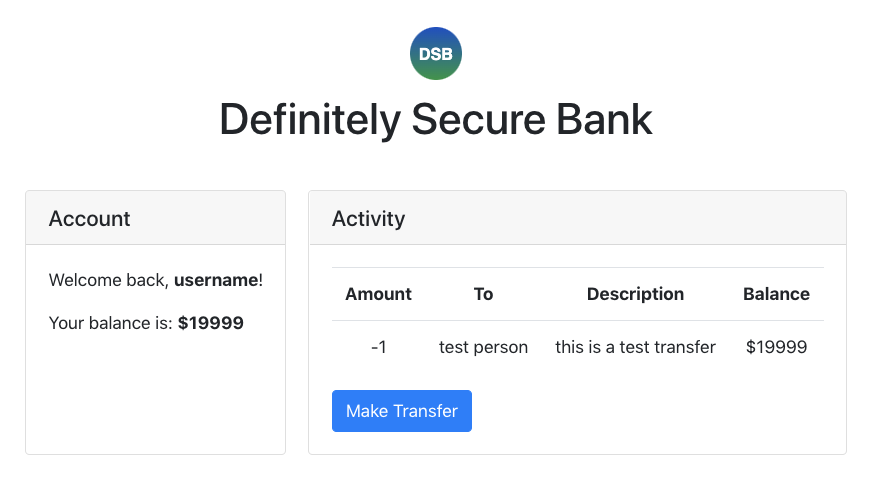 A hands-on beginner's guide to what CSRF attacks are and how to prevent them. 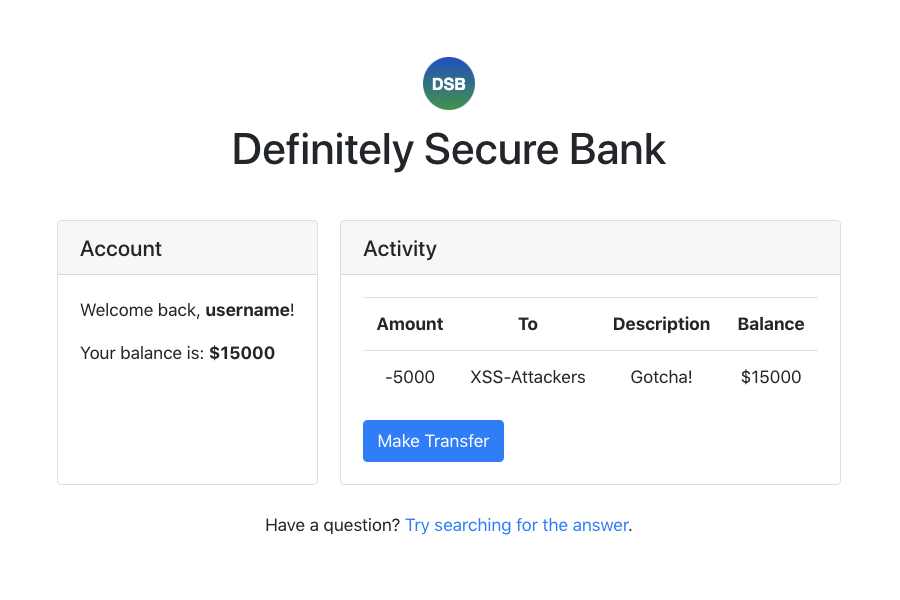 A hands-on beginner's guide to what XSS attacks are and how to prevent them.